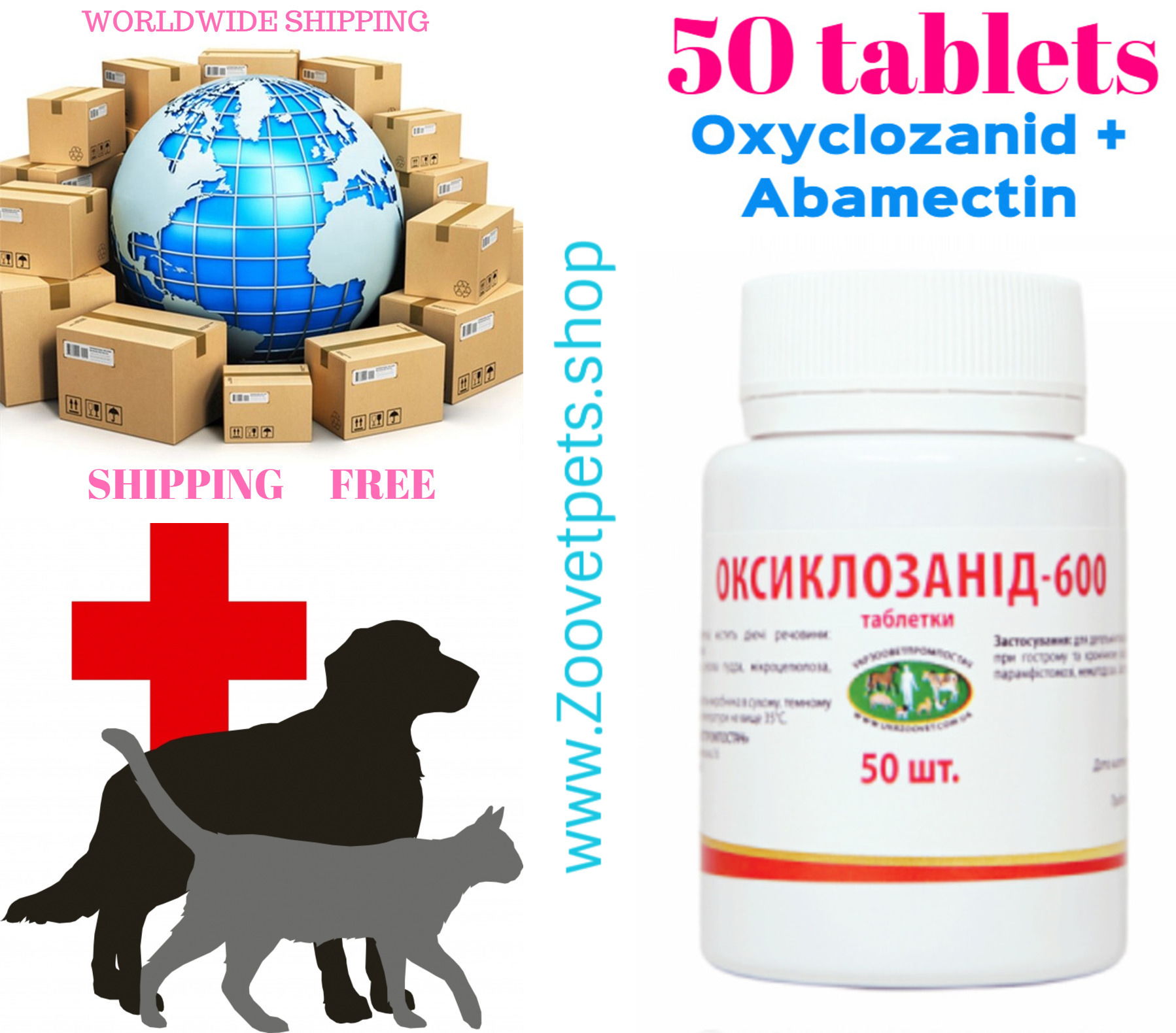 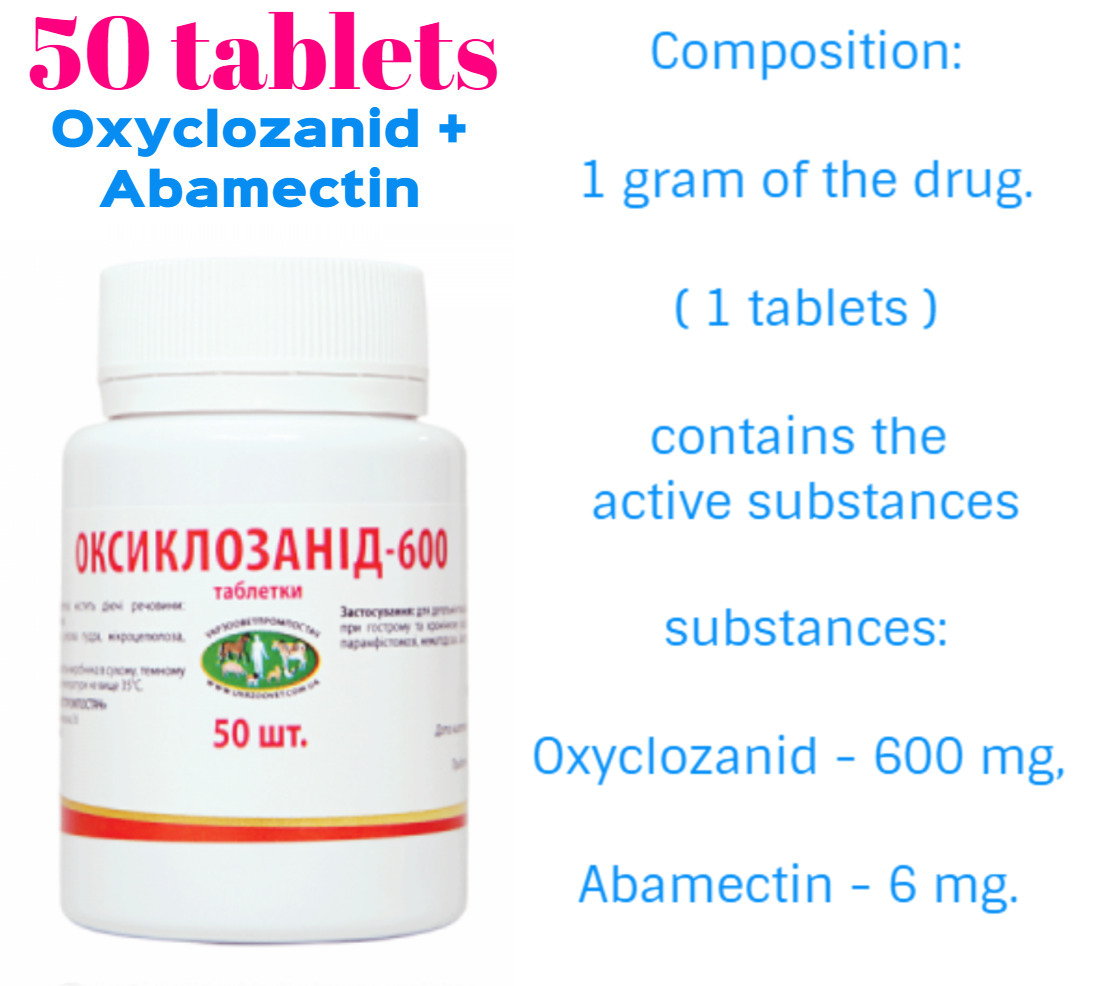 Mechanism of action of oxyclozanide consists in disruption of phosphorylation processes in helminthes, reduction of fumaratreductase and succinate dehydroginase activity, which leads to paralysis and death of trematodes.

Abamectin (avermectin B1), which is a part of the drug, acts detrimentally on larval and sexually mature phases of development of nematodes of lungs, gastrointestinal tract and eyes, larvae of subcutaneous, nasopharyngeal and gastric gadfly, lice, blood suckers and sarcoptoid mites.

Its mechanism of action is to influence the magnitude of chlorine ions current through the membranes of nerve and muscle cells of parasites.

When administered orally Oxyclozanid-600 tablets are quickly absorbed in the gastrointestinal tract and penetrate into organs and tissues; from the body is excreted mainly with urine and feces.

Dosage and method of administration:

Deworming of animals against mature trematodes shall be carried out in November-December, against immature trematodes – as indicated.
Special diet and use of laxatives before deworming is not required.

Side effects and complications when using the drug according to these instructions, as a rule, are not observed.
In rare cases after drug administration individual reactions (depression, increased salivation, diarrhea) are possible in animals, which spontaneously disappear and do not require application of drugs.

Slaughter of animals for meat shall be allowed not earlier than 14 days after deworming.
In case of forced slaughter before the deadline, the meat can be used as feed for fur animals or for processing into meat and bone meal.
Milk of milking animals may not be used for food purposes within one day after deworming. Milk obtained earlier than the specified period may be used after boiling in animal feed.