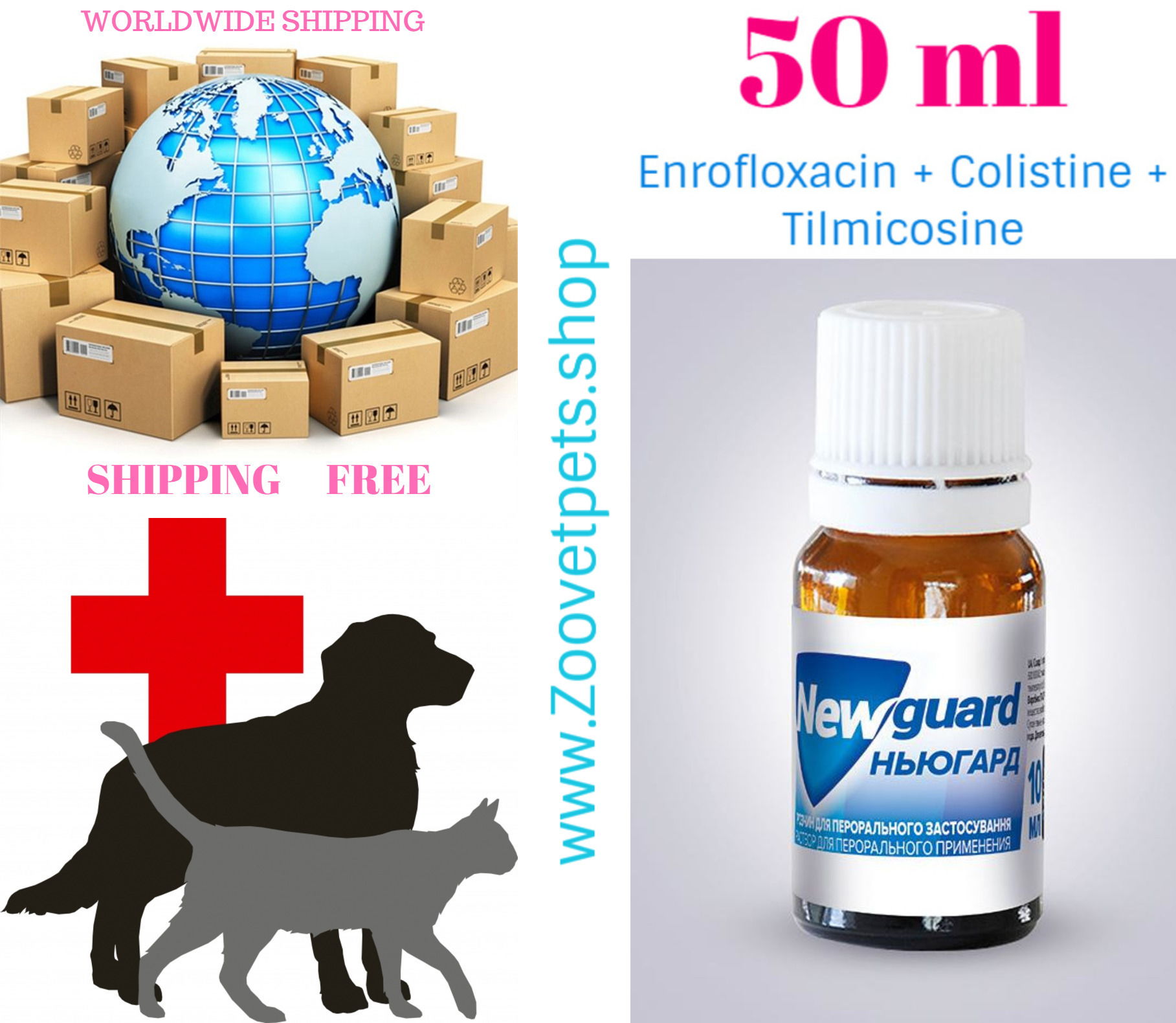 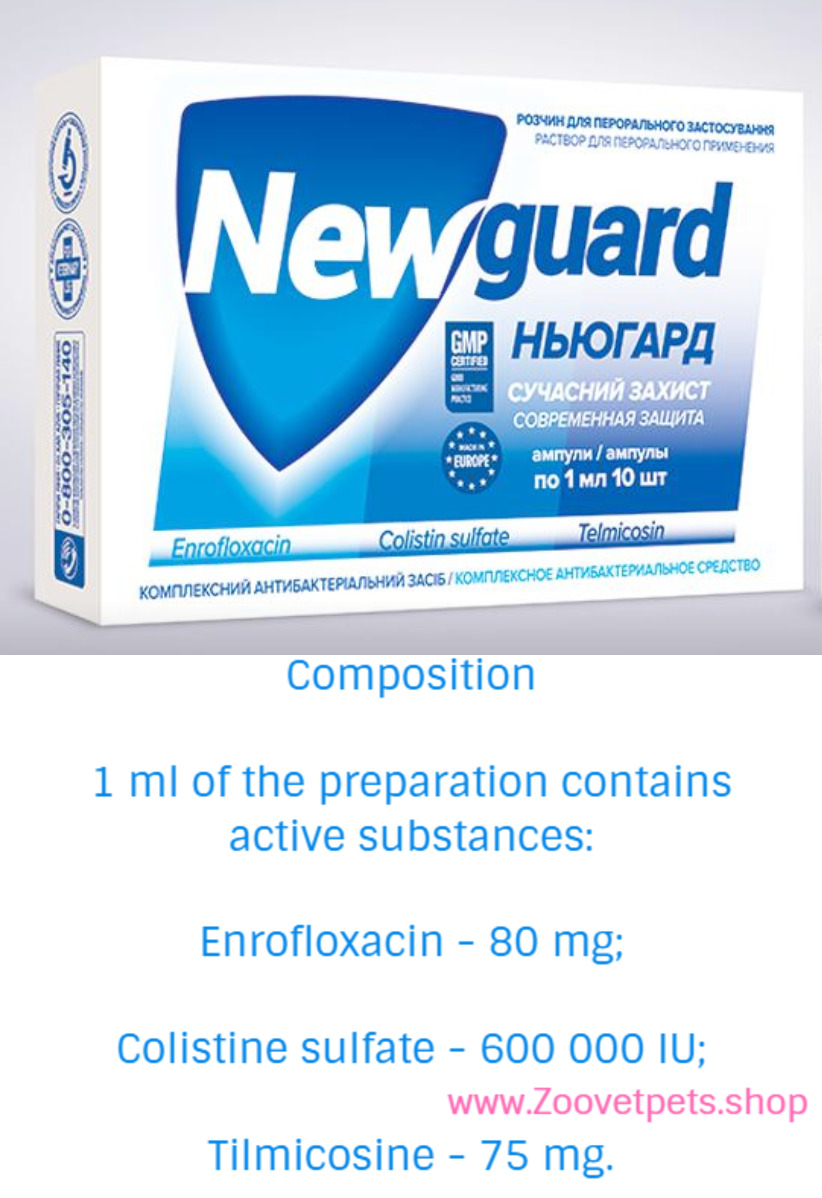 Enrofloxacin – antibiotic of fluoroquinolones group. Its mechanism of action is associated with the oppression of the subunit a DNA-hirase (topoisomerase ii) of Gram-negative bacteria, which blocks the process of superspiralization of the DNA molecule. In Gram-positive bacteria, this process affects the topoisomerase iv, rather than topoisomerase i. Under these conditions, transcription and recombination processes into the bacteria dunk are blocked.

Colistin is an antibiotic of a group of polymixins synthesized by the aerobic spore-forming bacillus polymyxa. It acts bactericidally on gram-positive bacteria (such as E. coli, Salmonella spp., Pseudomonas spp.) by binding to the phospholipids of the cytoplasmic membrane, increasing its permeability to both internal and external cellular components, which leads to the destruction of cellular barriers.

Tilmicosine  is a semi-synthetic antibiotic of a group of macrolides with a wide spectrum of action against Gram-positive and Gram-negative microorganisms, especially against Pasteurella spp., Haemophilus spp., Actinomyces spp., Corynebacterium and Mycoplasma spp. The mechanism of action of thylmicosine is to block the synthesis of proteins in a bacterial cell as a result of the formation of a complex with 50-subunits ribosomes.

Depending on the severity of the disease, the drug dose can be increased up to 1.5 ml per 1 liter of drinking water daily.

Treatment can be repeated later in case of stressful situations and new cases.

Shake the ampoule or bottle (canister) of the drug before using it.

During treatment, animals should receive only water containing the drug. Every day prepare a fresh solution of the drug in the amount intended for consumption during the day.

Do not use in birds with severe renal and liver function disorders.

Do not use simultaneously with tetracyclines, erythromycin, cyclosporines, chloramphenicol, as well as with non-steroidal anti-inflammatory drugs.

Do not use chicken laying hens, eggs which are intended for use as food for people.

In recommended doses, side effects are usually not observed.

The slaughter of poultry on meat is allowed in 12 days after the last application of the preparation. Meat received before the specified period is disposed or fed to unproductive animals depending on the conclusion of the veterinary medicine doctor.