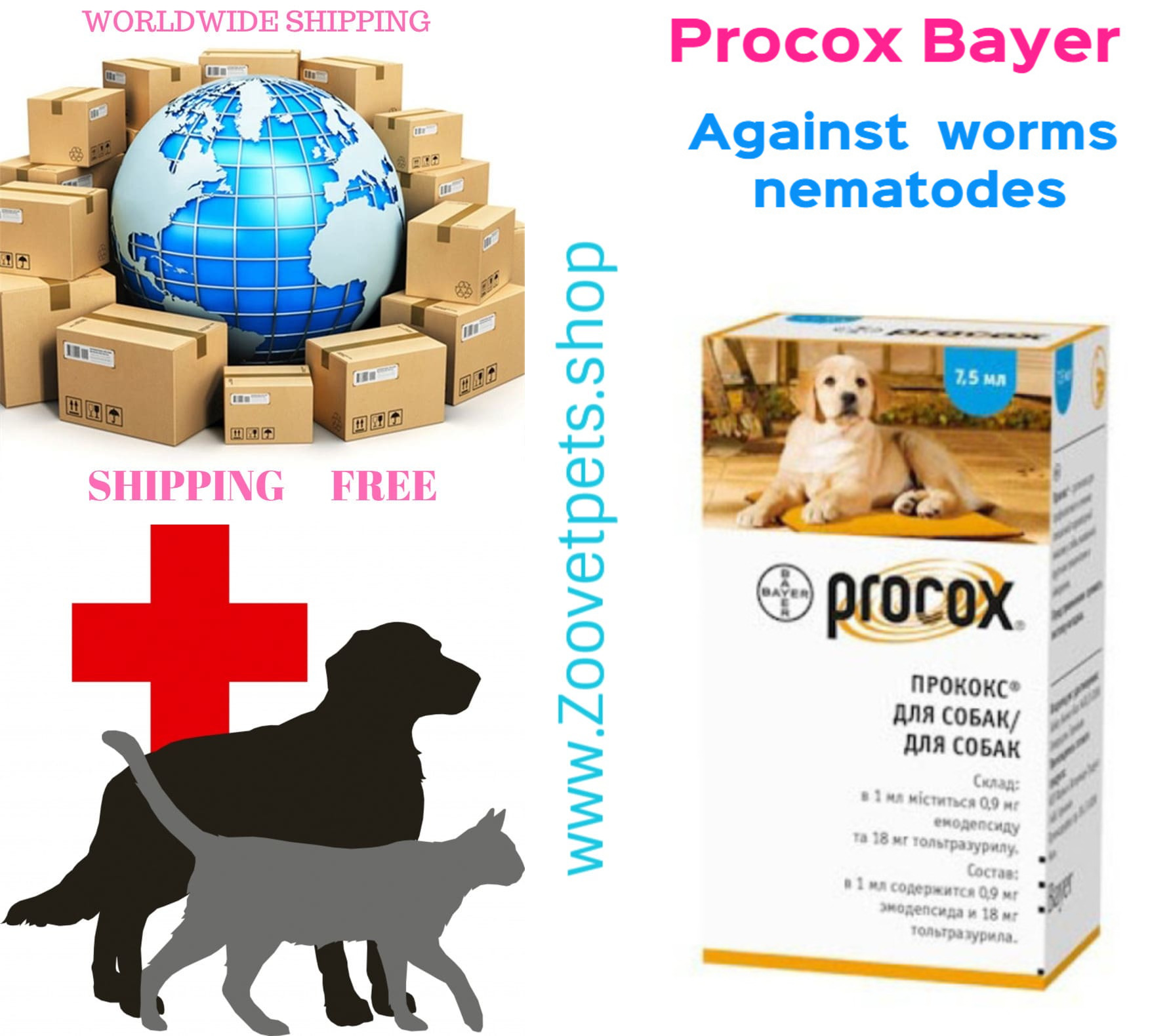 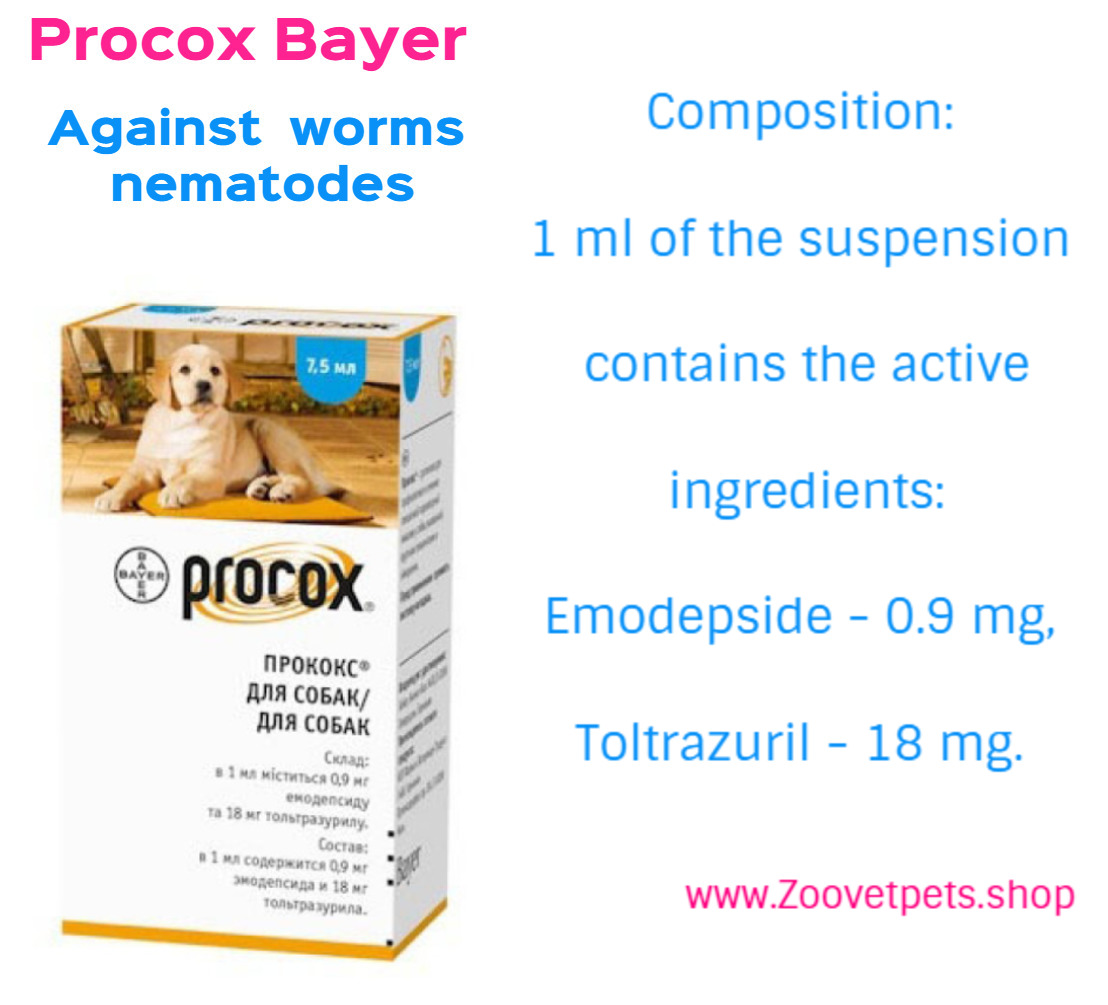 The endoparasitic effect of the suspension is due to the peculiarities of the active ingredients of emodepsid and toltrazuril.

Emodepsid is an endoparasiticide, belongs to the group of depsipeptides. Emodepsid excites the presynaptic latrophilin nerve receptors of gastrointestinal nematodes, which leads to their paralysis and death.

Toltrazuril is an endoparasiticide that acts against eimeria of the genera Eimeria and Isospora . Toltrazuril is effective against all intracellular stages of development of eimeria at the stages of merogony (asexual reproduction) and gametogony (sexual phase), the action of toltrazuril is eimericidal.

To suspend the activity of eimeria and the release of oocysts into the external environment.

Treatment of animals with the drug slows down the spread of eimeriosis, but is not an effective treatment for the clinical manifestation of the disease.

Single use. In case of nematode invasion, repeat the treatment after 14 days. Before use, shake the bottle with the drug, open the cap. Turn the vial with the drug upside down, draw up the suspension to the required level in a disposable syringe. Turn the vial with the drug to an upright position and pull out the syringe. Introduce the suspension with a syringe to the animal directly into the oral cavity (per os). To administer the drug to the animal, use a new syringe each time (reuse of the syringe is not possible).

Do not use for puppies under 2 weeks old and dogs weighing up to 0.4 kg. Do not use on animals with increased susceptibility to the components of the drug.

Do not use in females during pregnancy and the first 2 weeks of lactation.

In the fight against eimeriosis in animals, a whole range of measures should be developed to eliminate the pathogen; treatment of animals with Prokoks is one of such measures. In dog kennels, with recurrence of clinical signs of eimeriosis, each litter must be treated with Prokoks. Processing must be carried out for a long time. All dogs at risk of infection should be treated at the same time, including adult animals, as they may be subclinically ill.

Collie puppies and their hybrids may be hypersensitive to Procox. The use of the drug in malnourished animals, as well as with liver and kidney disease, should be based on an assessment of the risk and the need for treatment.

Glass vials of yellow color with a polypropylene cap with protection against accidental opening, 7.5 ml, packed in cardboard boxes.

Store in a closed and sealed form in a dry place inaccessible to children and animals, separately from food and feed, at a temperature from 0 to 30 0 C.

Shelf life is 2 years. Shelf life after opening the bottle is 10 weeks.