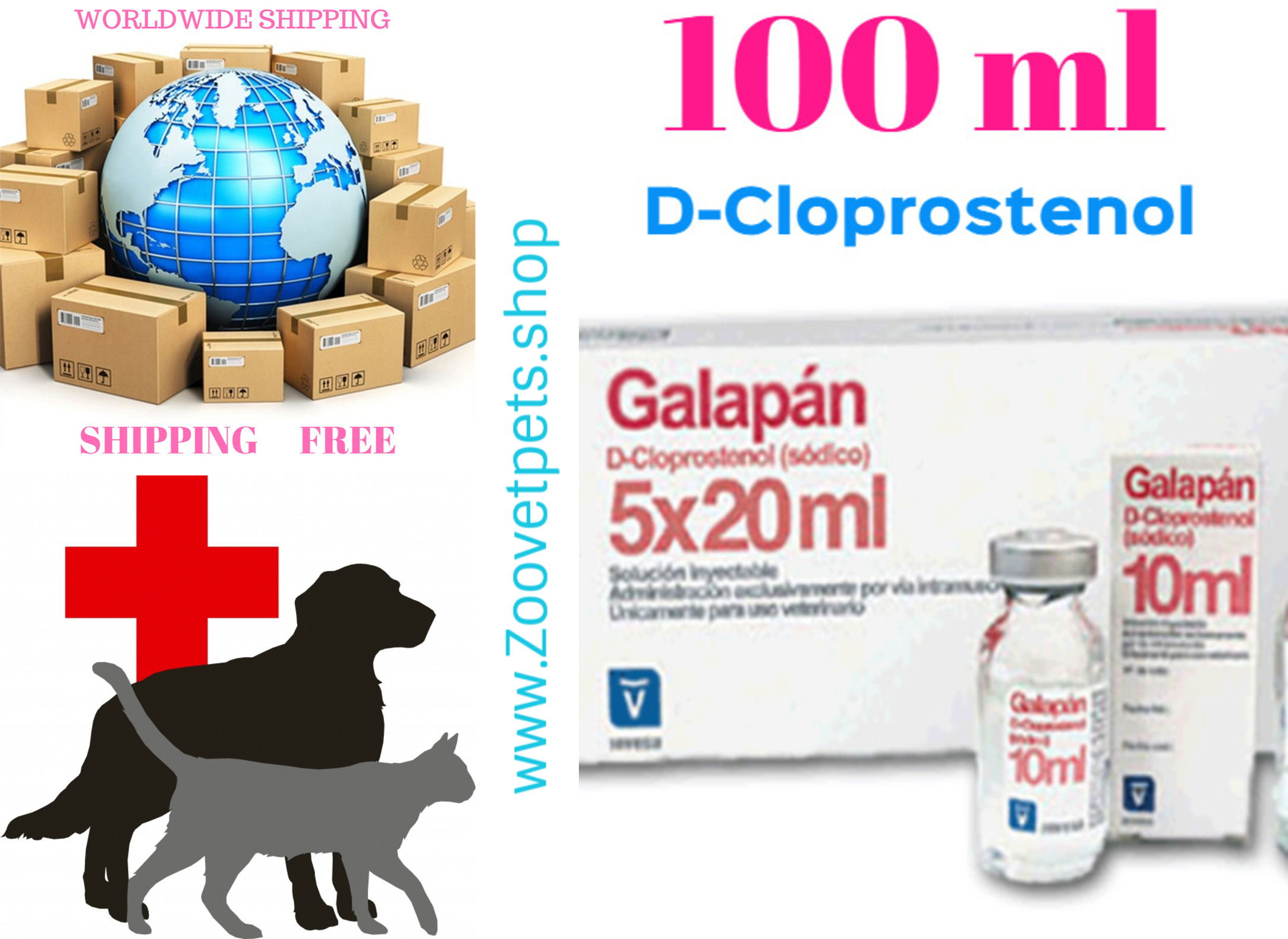 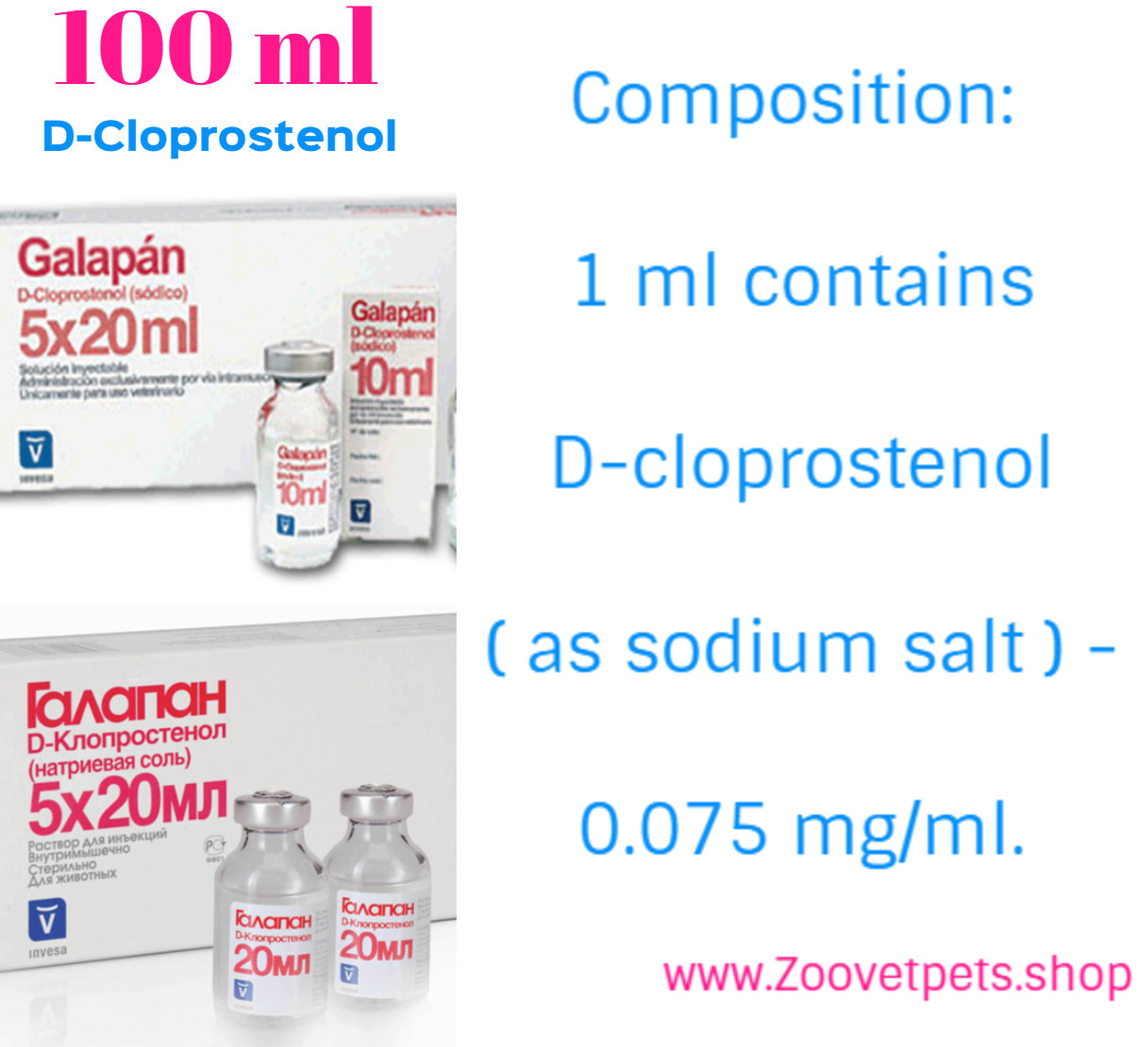 For regulation and treatment of reproductive function in cows and sows for.
Cows, pigs (producers), mares (not intended for food):
Bringing into hunting and synchronization of cows.
Stimulation of births in cows, pigs and mares.
Bringing mare into hunting.
Ovarian dysfunciation in the presence of yellow body: postpartum anestrus, silent hunting, irregular cycle, cycle without ovulation, persistent yellow body, cysts of yellow body.
Endometrites, pyometrites.
Termination of pregnancy (during the first half of the term), fetal mummification.
Postpartum metropathy, delay of uterine involution.
Combined therapy of follicular cysts (10-14 days after administration of GnRH or HCG).

Cows: 2 ml of the preparation :
Stimulation of hunting (also for cows with symptoms of “quiet hunting”): Introduce the drug after the discovery of the yellow body (6-8 days of the cycle). Hunting usually occurs after 48-60 hours. Inseminate in 72-96 hours after administration.
Stimulation of labor: Introduce the drug after the 270-th day of pregnancy. Delivery should take place 30-60 hours after administration.
Synchronization of hunting: administer the drug twice at an interval of 11 days. Inseminate in 72-96 hours after the second injection.
Ovarian dysfunction: after the discovery of a yellow body, administer the drug and inseminate during the next after the injection of the drug hunting. If the animal did not come to the hunt, once again conduct a gynecological examination and repeat the injection 11 days after the first one. Insemination is conducted 72-96 hours after the injection.
Endometritis or pyometritis: Introduce a single dose. Repeat in 10 days, if necessary. Insemination 72-96 hours after insemination.
Termination of pregnancy: Use the drug during the first half of pregnancy. Mummification of the fetus: Insert in a single dose.
The fetus is excreted on 3-4 days. Postpartum metropathy, delay of uterine involution: administer a single dose of the drug, if necessary, repeat the administration once or twice in a dose of 1 ml (with an interval of 24 hours). Follicular cysts combination therapy: apply the drug 10-14 days after administration of hormones GnRH or HCG, after detection of positive ovarian reaction.

Pigs: 1 ml of the drug:
Stimulation of childbirth: administer the drug after the 112th day of pregnancy. In 70% of cases, delivery occurs 19-30 hours after administration.

Do not use in pregnant animals (except in cases of targeted termination of pregnancy or inducement of childbirth).
It is not recommended to use the drug in mare with serious respiratory and/or gastrointestinal problems.

Side effects: cows, pigs: no harmful reactions were detected even at dosage 10 times higher than the therapeutic one. Mare: in some cases, weak perspiration and soft stools were observed at three times the dose.

Galapan is compatible with other drugs.
The slaughter of cattle and pigs for meat is allowed not earlier than 48 hours after the last injection of the drug.
During the period of use, milk for food purposes can be used without restrictions.

Be the first to review “100ml ( D-Cloprostenol ) for regulation and treatment of reproductive function in cows, pigs, horses Galapan Invesa” Cancel reply