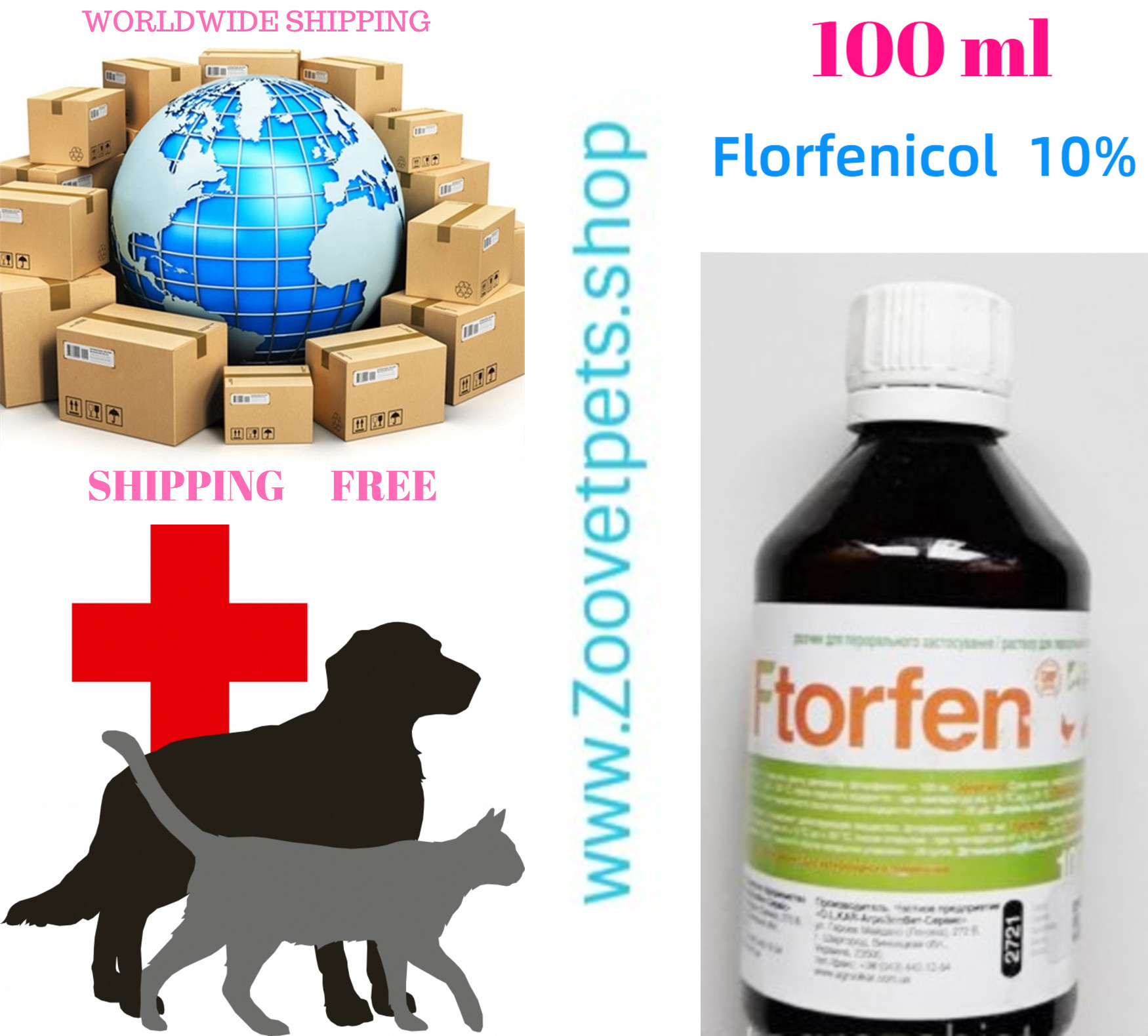 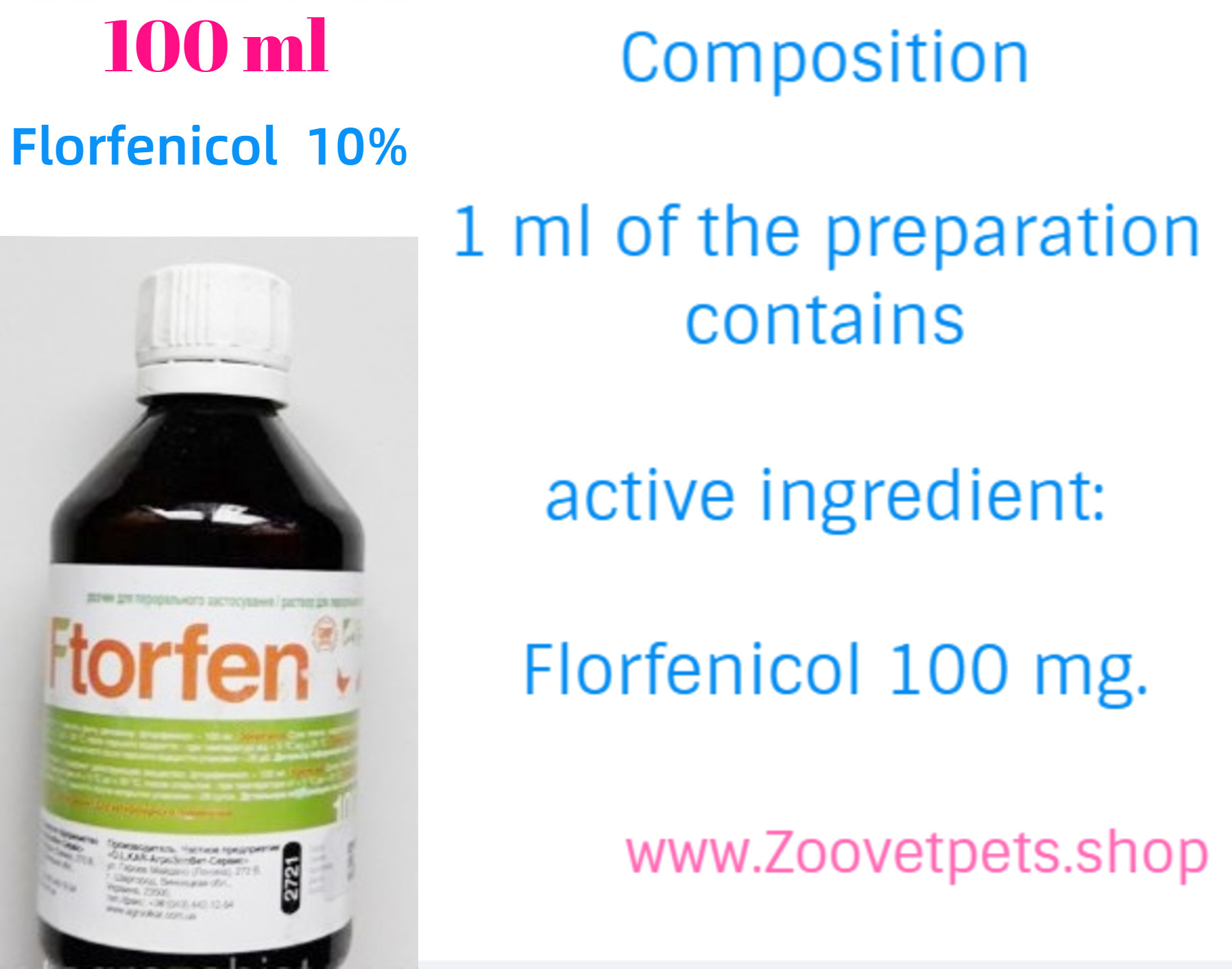 1 ml of the preparation contains

Fluorinated phenycol is a derivative of thiamphenicol, in which the hydroxyl group is replaced by the fluorine atom, causing its antibacterial activity against acetyltransferasosynthesizing bacteria, which are sensitive to chloramphenicol.

It is a bacteriostatic synthetic drug with a broad spectrum of action.

– for the treatment of poultry colisepticaemia, pasteurellosis, respiratory diseases of bacterial etiology in birds, including those caused by Ornitobacterium rhinotracheaie, staphyllococcosis and other infectious diseases caused by microorganisms sensitive to florfenicol and secondary bacterial infections;

The drug is used orally with drinking water:

– other age categories of poultry – 200 ml of the preparation per 100 liters of water for 3 days, and in salmonellosis – for 5 days;

During the treatment period, animals should receive only water containing florphenicol.
When this is not possible, the daily dose is divided into two equal parts and set at 12 hours intervals.

It is not allowed to use the drug simultaneously with thiamphenicol or chloramphenicol, antibiotics of penicillins group, cephalosporins, fluoroquinolones due to possible occurrence of side effects and complications in animals.

It is allowed to slaughter pigs for meat in 14 days, poultry – not earlier than 6 days after the last application of the preparation.
In case of forced slaughter of animals before the established term, the meat is used for feeding carnivorous animals.

Shelf life – 2 years from the date of manufacture.